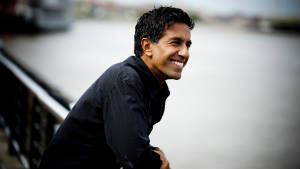 “Well, I am here to apologize.

I apologize because I didn’t look hard enough, until now. I didn’t look far enough. I didn’t review papers from smaller labs in other countries doing some remarkable research, and I was too dismissive of the loud chorus of legitimate patients whose symptoms improved on cannabis.

Instead, I lumped them with the high-visibility malingerers, just looking to get high. I mistakenly believed the Drug Enforcement Agency listed marijuana as a schedule 1 substance because of sound scientific proof. Surely, they must have quality reasoning as to why marijuana is in the category of the most dangerous drugs that have “no accepted medicinal use and a high potential for abuse.”

They didn’t have the science to support that claim, and I now know that when it comes to marijuana neither of those things are true. It doesn’t have a high potential for abuse, and there are very legitimate medical applications. In fact, sometimes marijuana is the only thing that works. Take the case ofCharlotte Figi, who I met in Colorado. She started having seizures soon after birth. By age 3, she was having 300 a week, despite being on seven different medications. Medical marijuana has calmed her brain, limiting her seizures to 2 or 3 per month.

I have seen more patients like Charlotte first hand, spent time with them and come to the realization that it is irresponsible not to provide the best care we can as a medical community, care that could involve marijuana.

We have been terribly and systematically misled for nearly 70 years in the United States, and I apologize for my own role in that.”